I used to love the phrase when I was a kid.

“A day late and a dollar short”

It seemed so jingly. So fun. So easy to catch up to if you just tried hard enough. After all, it was only a day and a dollar. How hard could it be?

Well, I am no longer a kid and that jingly tongue delighting phrase holds new meaning for me now that I know just how far behind you can get in this world and how many chances can pass you by without you even realizing it. 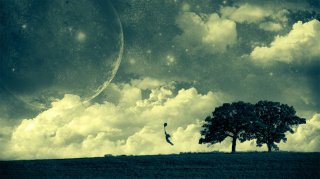 I am coming to the publishing game a little later in life than I wish I had. I am by no means Grandma Moses in age, but there are still times when I wish I had “found myself” a little closer to twenty than forty. But life is funny that way, and things worked out differently, so I am adapting and reveling in what I consider my second chance at a happy ending. The thing is, the journey there can be difficult. Just take a look at fairy tales. They are fraught with sticky predicaments and missed opportunities. How many times have you wanted to bop the hero in the back of the head because he or she missed their chance time and time again? Thankfully it always works out in the end, and that is what I strive for. That happy ending. I still, however, am marveling at my missed moments along the way.

Few major publishers are accepting unsolicited work these days. One must have an agent or face the unending wall of defeat of ever getting published by the big-name publishers. Every so often, though, they relent and open the doors to all hopefuls and allow a stream of submissions without an agent presenting them.

In 2013, Tor Books UK opened their doors in just such a manner. It was unprecedented. This past May (2015 mind you), I happened upon the Tor blog post that announced their brave move. Of course seeing the date on the post, I scoured for any caveat announcing the closure of said opening. Surely to goodness after such a long time, they would not still be allowing such a flood of submissions. Try as I might, I could find nothing on their blog retracting the offer. 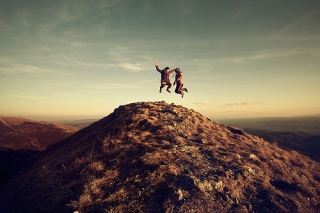 I was elated! I had just finished my first full fantasy novel and was starting the edit. I worked and worked to get it polished and was just getting ready to send it to an editor for their review. My hands were tingly with anticipation. I knew I would have to wait 4-6 months before submitting it anywhere else, but this was Tor after all. I couldn’t help myself. I went back to the blog post to re-read what had been my beacon of hope for so long.

And there is was……..the caveat that wasn’t there before. How had I missed it? I had looked. I had read and re-read. I could hear the WHAA-WHAA that all losers hear when they miss out. The sad part is, Tor had closed the door to submissions four months before I found their post. So much for being a day late and a dollar short. I was four months late, and there was no catching up to that one.

This was not the first time that I have found myself in the sad, sad place of discovering just how late to the game I am. There have been other missed opportunities like the writing competition where the benefactor died two months before the winner could be announced. Yes, that competition was ended, and no winner was announced, and no…..it is way too depressing and rich to make up. There are others, which I won’t enumerate, but what I will say is this.

Sad or not. Ridiculously naive or not, I find myself undaunted by these missed chances. Why? Because at some point, in my modest little hopes and dreams, I think it is possible to catch up. Eventually, I will have a story ready, and I will be there when the window is open and ready. I will be there to submit, and maybe, just maybe, I will be one of the lucky bastards who are chosen to go to the next level. Maybe I will barrage them with the plethora of stories that I will have written and edited waiting for “next time” to roll around. Who knows. 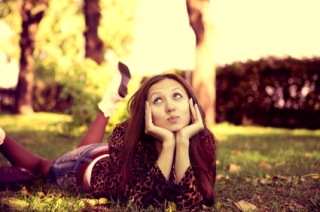 The point is, the race is not always won by the fast runners or even the strong runners, but by the ones who persevere. Sometimes that means us slow pokes that start at the back of the crowd. The ones who keep plodding along, sweating like pigs with red, shiny faces. Graceless though we may appear to be, we keep putting one foot in front of the other.

Yes, I was disappointed by the Tor Books UK discovery. I so wanted to submit to them, but it is not the end of the world, and it certainly is not the only opportunity I will ever have. It just wasn’t my time, and I obviously wasn’t ready. I am keeping the faith, and in the meantime, I am writing.

There is another phrase I have grown to love as I have gotten older.

Never give up. Never surrender. Whether you are coming to the game early or late, it is a good motto to have because life can knock you on your assets at any stage of the game. You just have to decide whether you have it within yourself to get back up on your feet, wipe off the dust, and get back in there, or give up altogether and walk away for good. I have seen a lot of writers take the second path. I guess I am just a bit too stubborn to know when to give up. Here’s hoping you are too.

If you enjoyed this post, don’t forget to connect with H.L. Stephens on Google+, Facebook, Goodreads, and Twitter. Also check out H.L. Stephen’s mystery series The Chronicles of Mister Marmee. Book 1 – The Case of Jack the Nipper and book 2 – The Case of the Wayward Fae are available in print and eBook format. Coming Soon! Book 3 – The Case of the Monkey’s Misfortune.

← Adventures in Querying: Receiving the First of Many Bloody Noses
The Joys of Editing: It sounded so much better when I was in the shower…. →